What the iOS 14 Update Means for Brands Apple recently announced several new features in their upcoming release of iOS 14. Of note to the advertising world were several announcements around privacy that are likely to have long term effects on the large mobile advertising industry. These updates are in keeping with Apple’s decision to help give consumers the tools to manage how their data is used in the mobile ecosystem and providing them the ability to give explicit consent in regard to tracking behaviors and location across multiple applications by third parties. The changes also align with core aspects required by GDPR and other privacy and data protection laws, requiring controls for people and transparency of data practices.

The most visible and discussed change in this update is around the introduction of a new screen to opt-in to cross-app tracking. This feature presents the mobile user with a prompt that requires specific consent to tracking by apps and sites, as well as the data that potentially may be captured. Increased privacy rights for people, including additional controls, are fundamental to current privacy laws and new privacy regulations that continue to roll out in jurisdictions around the world.

It’s very important to understand that these changes in iOS 14 do not eliminate the Identifier for Advertisers (IDFA). While many in the industry are jumping to conclusions, the changes slated with this software update rolling out later this year only introduce this consent feature and not the removal of the mobile ID. That said, this is a signal that both advertisers and service providers need to operate with greater digital responsibility and focus on what is most important to people and trust in mobile advertising. This does pave the way for possible eventual removal of the mobile ID, and like the deprecation of third-party cookies, brands need to ensure they strategize and stay up to date on changes. It is equally important that they continue to challenge partners and technologies on how they are addressing these ongoing changes.

What does this mean for consumers?

We fundamentally believe that people deserve visibility into how and why technology is used to recognize and connect them as they traverse apps and sites on their mobile device. While these adjustments may cause challenges over time, we believe this approach will give a better understanding to people of the value exchange advertising model that supports free or discounted app functionality. Historically, people have been willing to provide access to other components of their device (camera, location, microphone, etc.) as a trade-off for access and functionality of apps they use. It is currently unknown if app developers will limit access or functionality for people that choose to not allow tracking in a given app.

What does this mean for app developers and SDK-based ad networks?

As mentioned, it’s unknown how app developers will handle these changes. Additionally, SDK-based ad network partners will be affected, but it’s unknown to what degree. In the US, it’s possible that app developers may choose to limit access or functionality unless a user consents to advertising tracking. For EU users, it’s not yet clear how this would be handled as GDPR prevents limiting access for advertising purposes. This will be watched closely, but we encourage reaching out to any specific apps of concern to your client to ask how they are planning to handle these upcoming changes.

What does this mean for IPG and our clients?

In the short term, it is yet to be determined how many people will not give consent to these new notices and how this could affect in-app inventory scale and volume. Overall trends will be monitored across the organization, however if you are actively purchasing large volumes of iOS in-app inventory today, it is recommended that you begin to develop a client-specific approach on how to shift dollars as needed to apps or tactics that are less impacted.

In the longer term, there has been much speculation around the overall deprecation of MAIDS within iOS in general. While it’s understandable that some of the industry is making these connections based on historical changes to Safari via ITP, it’s important to consider the difference in approach and revenue impact of in-app versus mobile web for Apple, given their ownership of the App Store. We are certainly not discounting the opinion that MAIDs may be deprecated in iOS at some point, but at this point it is speculation. As always, we will continue to monitor any announcements and maintain ongoing conversations with our partners in the app inventory and identity spaces on the impact of any changes.

In general, IPG and its agencies are well positioned to evolve to the changing addressable landscape. With a strong position that starts with the best individual-focused data spine powered by Acxiom, enhanced by Kinesso’s Marketing Intelligence Engine, we provide an open platform for IPG agencies to consciously connect brands with the right people for meaningful outcomes.

PrevPreviousHow to Protect Your Advertising and Media from Cybersecurity Attacks
NextDemand-Side Platforms (DSPs) in 2020: Part 2, Navigating the LandscapeNext 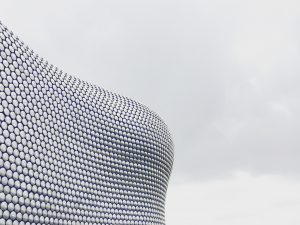 DATAVERSITY: The F-Word That Really Matters

In honor of data privacy day – I would like to talk about the F-word that really matters, Fairness. In a world of tech certainty

Before we turn our calendars to January, we wanted to take a moment on reflect on all we have accomplished here at Kinesso this year.